Around the perimeter of your home, storm water can be especially damaging. To prevent the water from ripping away the soil, consider surrounding the area underneath your eaves with rocks. If you have down spouts, you don't necessarily need rocks under the eaves.

However, you may want to create rock paths near the down spouts. Arrange the rocks in a way that they lead the water away from the down spout and toward thirsty plants.

Depending on the slope of your yard, you may want to add French drains. These are underground drains that carry water to the edge of your property. Typically the entrance and the exit to the French drain are exposed and surrounded by rocks, while the rest of the drain rests on a layer of pea gravel and is covered by soil.

If you have a sloped yard, storm water will be more likely to erode the surface and change the slope. To prevent this from happening, consider levelling out the land and putting in retaining walls. You can build retaining walls from rock or landscaping brick. Then, instead of a sloped yard, you will have a yard that consists of several large, shallow "steps" or plateau-like areas.

Whether you add retaining walls or not, you may want to focus on local plants. Those plants evolved to thrive in your area, and as a result, they absorb water during the rainy season and survive without it during the dry season. That also helps with preventing erosion as you don't have to do as much watering and you have extra absorption during the rainy season.

As indicated above, rocks are helpful in areas where you are trying to direct water or prevent erosion from drips off roofs or raised decks. However, you shouldn't cover your whole yard in rocks or any other hard surface such as patio stones or concrete. That prevents the water from being absorbed by the land, and as a result, all of the water will rush somewhere. Depending on your setup, that could mean to neighbouring properties, onto public walking paths, or even toward the foundation of your home.

Instead, integrate some mulch. It works beautifully around native plants. It allows the rainwater to seep into your soil better than rocks, but it's not as prone to erosion as soil on its own. 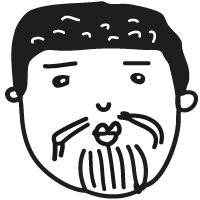 Yo! My name is Colin and this is my construction and contractors blog. There is nothing I like more than planning DIY and renovation jobs in my home. Unfortunately, I don't have the same passion for rolling up my sleeves and completing the jobs I plan. This means that I often have 5 or 6 unfinished jobs on the go at once. My wife gets really annoyed with me. Last month, I got so mad at myself, I called in a profession contractor to do all the things I had planned. The contractor was great and I learnt so much from him, I've finally started doing home improvement work myself.